The winner doesn't take it all.

However, Jacob Abraham definitely takes most. He's the overall winner of the 2022 Toyota Logistics Design Competition, and so gets a tap on the shoulder worth €5,500. (Congrats, Jacob!) The other two winners or runners-up were Hungarian Zsófia Mátravölgyi, who nabbed second prize, closely followed by American Nicholas Orie.

The challenge facing budding designers this time around was finding solutions to delivery problems in increasingly dense urban environments. Could these designers come up with strategies to shorten supply chains and increase precision, while also making deliveries more flexible and — of tantamount importance — less of a strain on the environment.

The award winners were announced at Toyota's exclusive Logiconomi Forum, held at historical trade fair Handelsbeurs, in Antwerp. This is the fifth TLDC contest, and both juries were mightily impressed by this year's high standard of entries. Out of 1,500 registrations and 203 submissions, a final shortlist of ten was drawn up.

The final jury — comprising top execs from Toyota Material Handling Europe, plus ED² luminaries Ian Cartabiano and Laurent Bouzige — faced the enviable (but challenging!) task of sifting through a stunning selection of micrologistics solutions from students and newly graduated designers from all over the world. 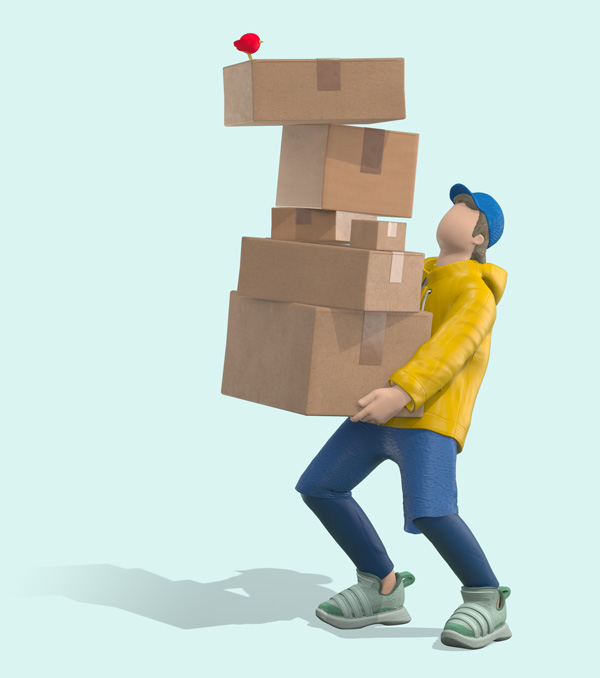 Jacob Abraham won gold for delivery module Oro, which can negotiate even the most cramped spaces.
Employing a hybrid delivery method, Zsófia Mátravölgyi’s Oasis was awarded silver for her pick-up and drop-off point system.
Bronze went to Nicholas Orie for Mitsubachi, an autonomous drone fleet designed to streamline the handling of goods.
Design guru Ian Cartabiano’s Special Mention was awarded to Marius Cramer for his E-cargo bike, which spares the environment.

More: So, we've just put the TLDC 2022 to bed — successfully! But, at the same time, we're already gearing up for the next logistics and mobility contest. That of Paris, 2024. More on this soon.

The 2022 TLDC attracted the best work we’ve seen since the design competition got off the ground, back in 2014. And so, it wasn’t easy to choose which contributions would go through. Here are the numbers: 1,500 people registered to compete, 200 of them submitted work, and 60 entries were picked out for further consideration. This job was done by various design teams. At the next stage we put together a jury of designers, who brought the number of candidates down to 20 semifinalists. This select group were given feedback and advice on how to improve their entries, after which a shortlist of a mere 10 was drawn up. This was a delicate task, indeed, as we feel all 20 were winners, in a sense.

Enter jury number two, the one we’ve named the executive jury. It comprises top executives from Toyota Material Handling Europe, and Toyota Motor Europe. Plus American design guru Ian Cartabiano, from Toyota Europe Design ED² . Their task is to select the winners out of this highly qualified group of budding designers. Simply. Well, on second thought, it may not be that simple. Winners will be announced in June. 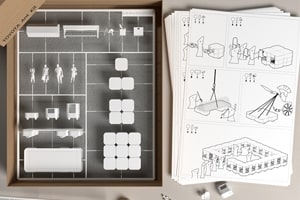 A modularised and adaptive logistic solution at a product -system level. 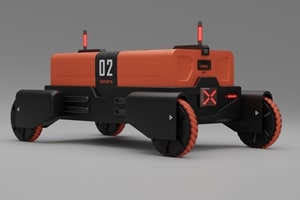 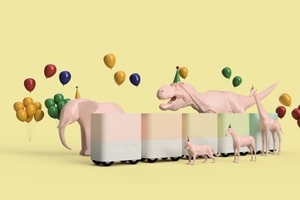 Botamochi is a concept that aims to bring added value to the community through the logistic infrastructure. From marketing to community-oriented delivery events. 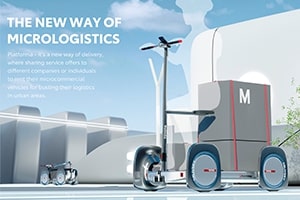 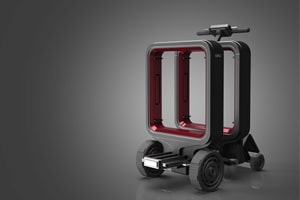 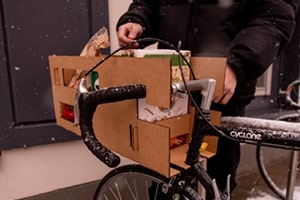 Bike’s belly is a low-tech solution to a high-frequency problem: optimising the cargo capacity on the common bicycle. 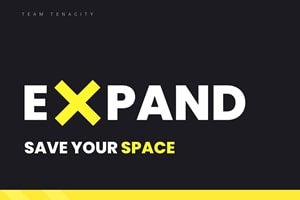 Expand your world is an app/system-based approach to seamlessly optimize storage capacity, connecting the supply to the demand. The Airbnb of warehouses. 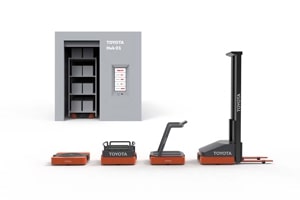 Mitsubachi is a modular, autonomous fleet, integrated in warehouses as well as in urban micro hubs. 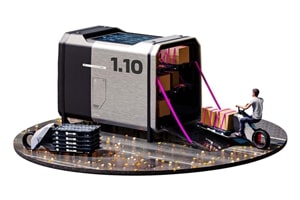 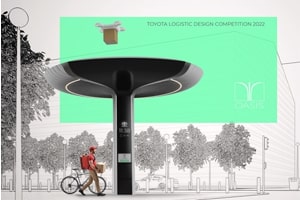 Oasis is a multifunctional piece of urban architecture that combines the function of a delivery hub/locker and that of urban decor without occupying precious ground space.